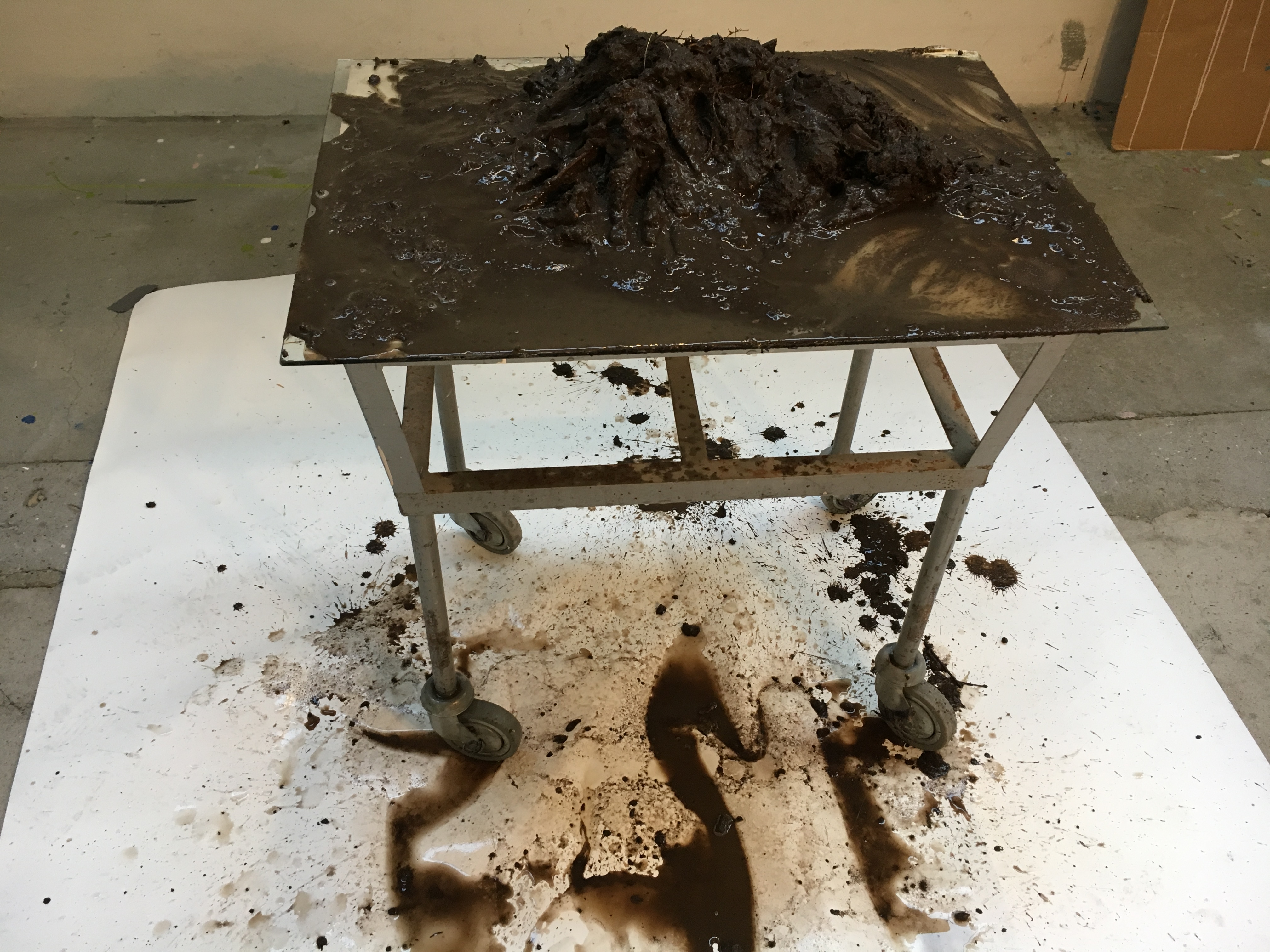 Thinking about soil a.k.a. Soillove is an artproject by Berit Jansson, Marianne Schneider & Annette Hornskov.
It is an ongoing research of what soil is and what it means through protecting soil, gathering soil, timing and archiving soil, testing soil etc.
Check out our new facebookpage and follow for new works: https://www.facebook.com/Thinkingaboutsoilakasoillove

Second part of “Thinking about soil a.k.a. Soillove” has just been travelling around the Central Jutland Region and Hamburg / janurary & february 2017.
22 artists from Denmark and Germany participated in the exhibition SURFING THE GREAT TSUNAMI –  Anthropocene Manifestations.
Curator: Carsten Rabe, Hamburg

“Berit Jansson, Marianne Schneider & Annette Hornskov presented the second part of the project “Thinking about soil – a.k.a. Soillove”, consisting of 3 works:
“Remind me doc”, 2017
An installation with selected sticks and photo-documentation from and around the construction “Remindme”.

“Soilsamples”, 2017
A surface area of 120 x 120 cm soil subsequently archived in plastic bags. “Soilsamples” are collected soil from different places along the eastcoast of Jutland.

Our work was e.g. shown in Westwerk Hamburg together with the below mentioned artists (photos: works from Annika Unterburg, Michael Pröpper & Isabell Kamp, DE )

This exhibition SURFING THE GREAT TSUNAMI was created through collaboration with artists based in Hamburg and curated by Carsten Rabe (Hamburg). This is the fourth exhibition in a series of five under the name OUT OF THE BOX, which is ProKK’s contribution to and collaboration with RETHINK – Aarhus, European Capital of Culture 2017.